Anter Singh began participating in religious and educational activities with his friends around the age of 10. Many of them have remained friends over the years.

His parents have always been a great source of inspiration for him. He was born in Mumbai (formerly known as Bombay) in 1969. He grew up in a large and loving family. His parents went to England in 1987; meanwhile, Anter went to college, where he studied Electronic Engineering and graduated from this program at the age of 20. Following his father’s footsteps, Anter went to England and, after a few years, decided to move to Canada. He fell in love with the country and was determined to work hard and build a future for himself. Anter Singh started working in retail sales and worked as a manager. In 1998 he began working for Kodak, formerly known as Creo, as a Tester until 2006.

Anter was interested in building his own home and decided to purchase a piece of land. The whole building process was very interesting for him, and he found the Real Estate industry very appealing. He began to think about Real Estate and how his many skills could be applied to achieve success in this field. 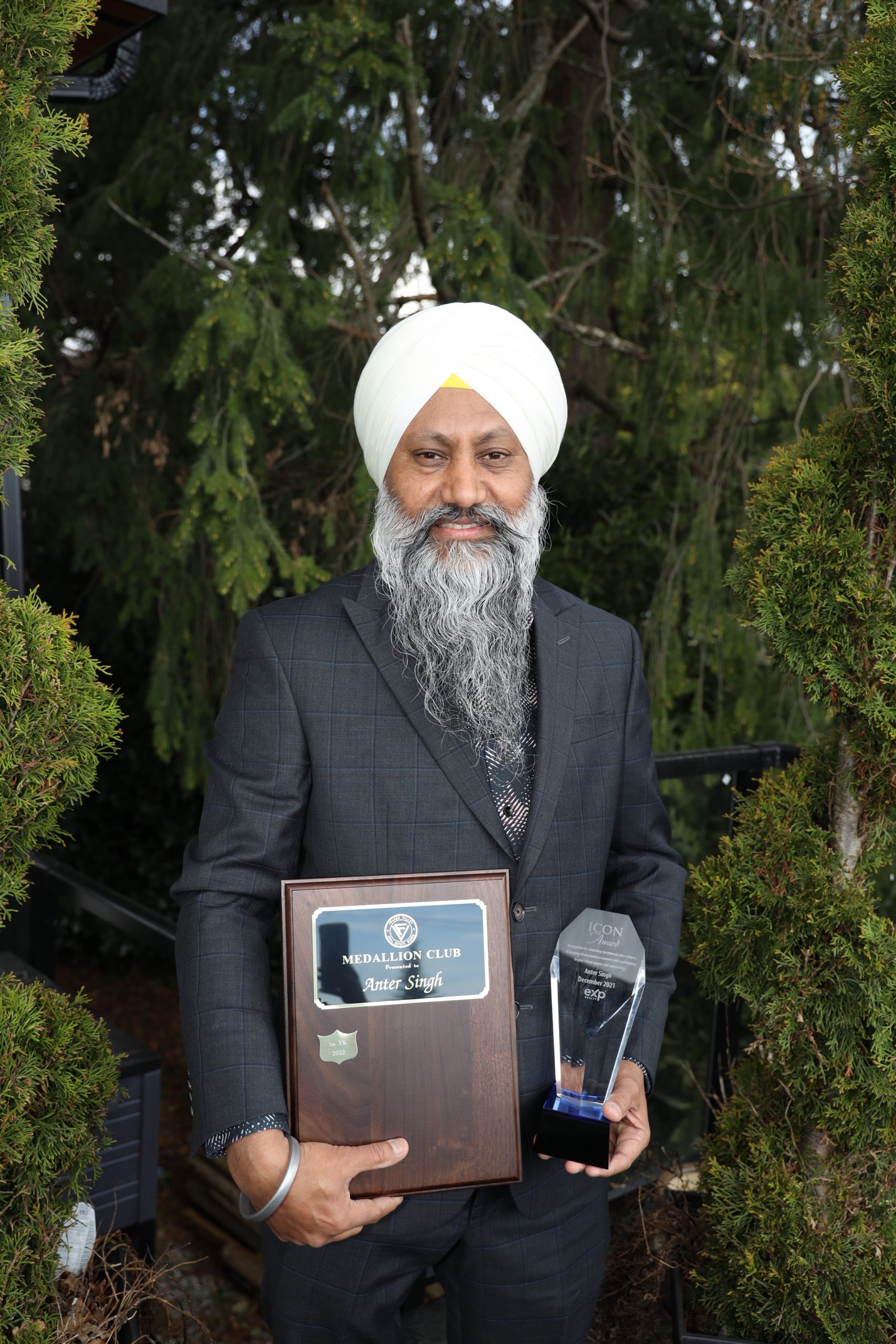 In 2007 he took the leap and joined Remax. Anter ultimately found eXp Realty through Harmeet Singh and his wife; who is also an eXp agent. Anter found that as a brokerage eXp align best with his values. He loved the business models they supply and the great tools, training, and flexibility.

“Everything is virtual. It is a leading-edge, growing company. They have tremendous support systems and good share plans. Plus, you are very much your own boss.”

His daughter, Jasneet Kaur, completed her bachelor’s from SFU, and she decided to pursue a Real Estate licence as well. His son, Gurshan Singh, is attending KPU and hopes to follow in his father’s and sisters’ footsteps one day. “I have been very blessed in my life, Waheguru Ji has given me so much, and I am forever thankful.”

His mom passed away in 2009. His dad is turning 90 this year. Anter hopes to have his family get together to celebrate his father’s milestone birthday.

Anter Singh has recently been awarded a Medallion from the Fraser Valley Real Estate Board and achieved ICON agent status with eXp. “I invest my time in helping my clients. I want to ensure that my clients know that I care for them and their happiness when finding and/or selling their home. I want to help them find the right place to raise their family and build their life.

Most of my business comes from personal referrals. Show people you care and are willing to work hard, and it will reflect in your business.”
The secret to success is keeping your faith in Waheguru Ji. We can run after success and money all we want, but in reality, it’s God who gives us all that we have. 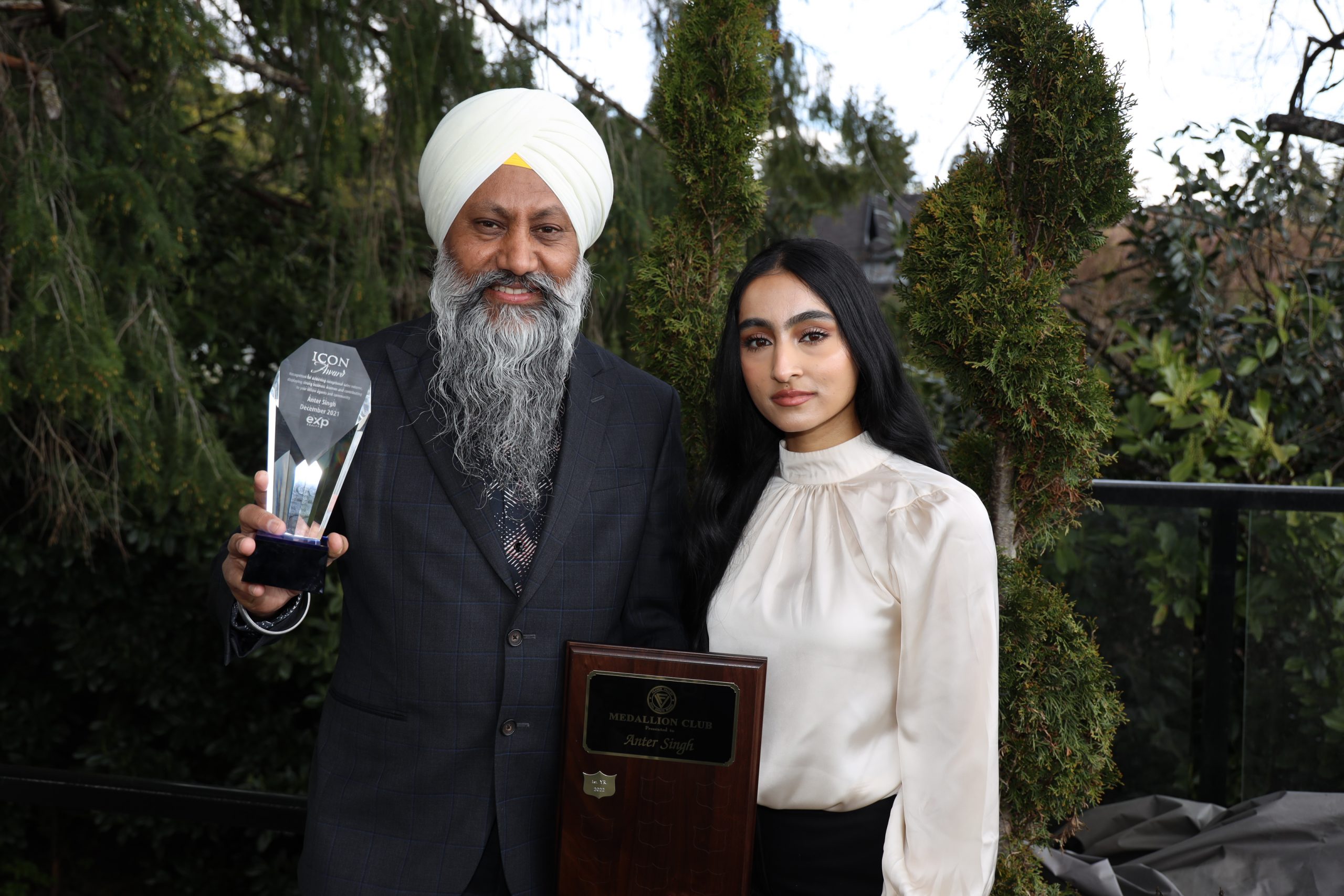 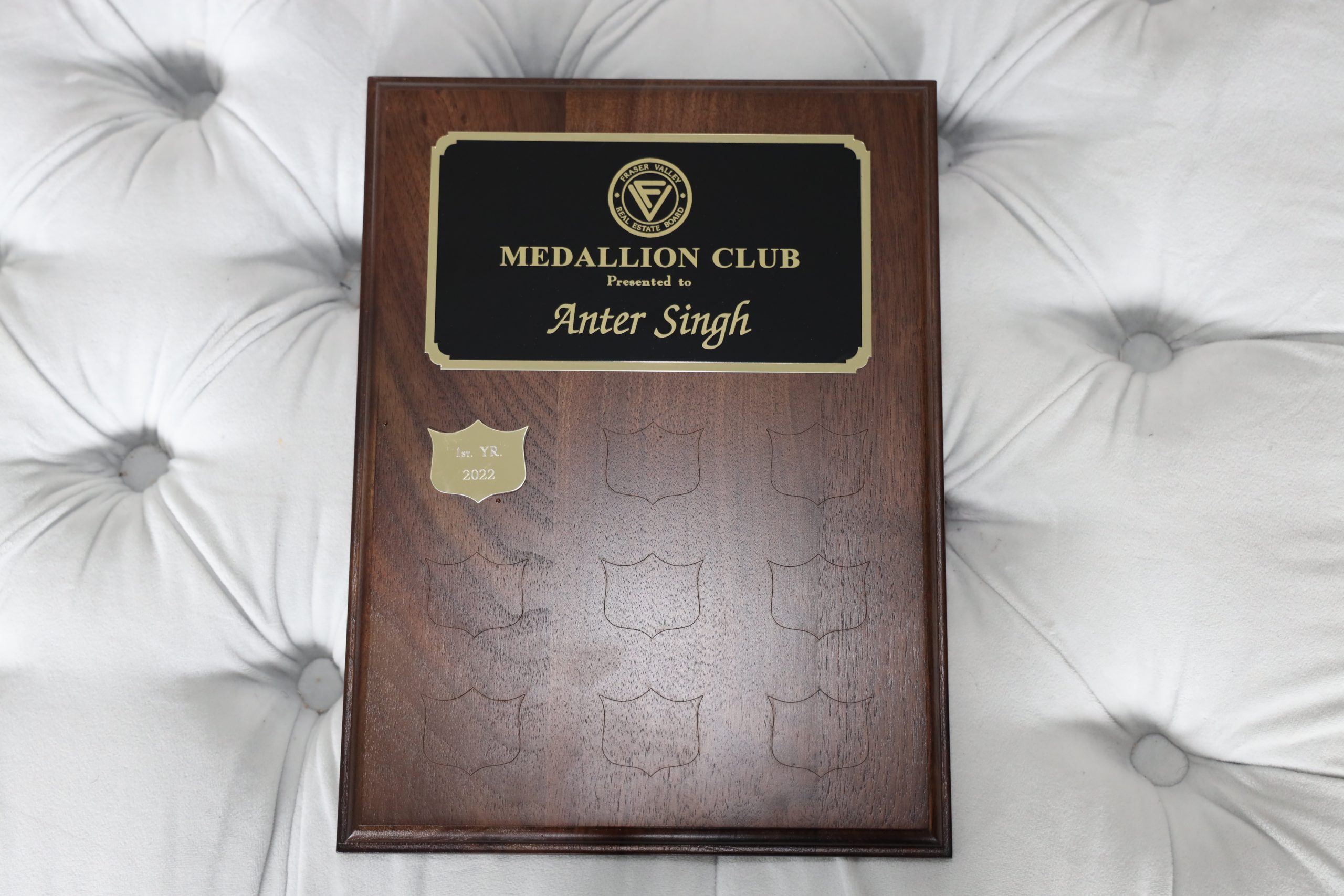 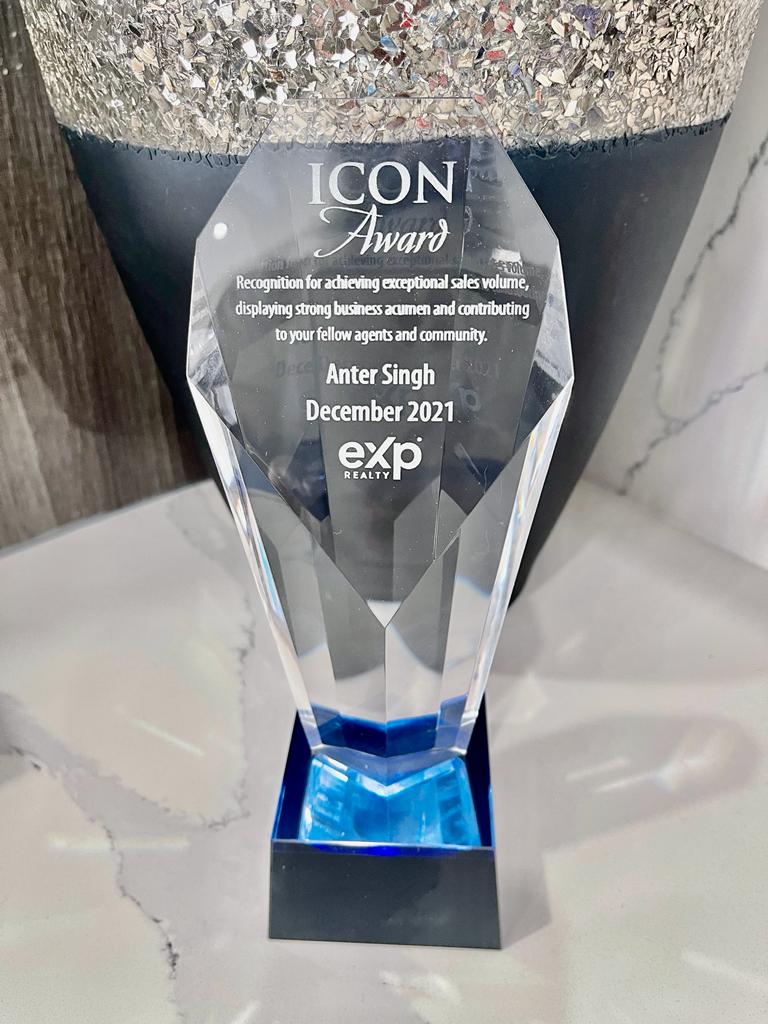 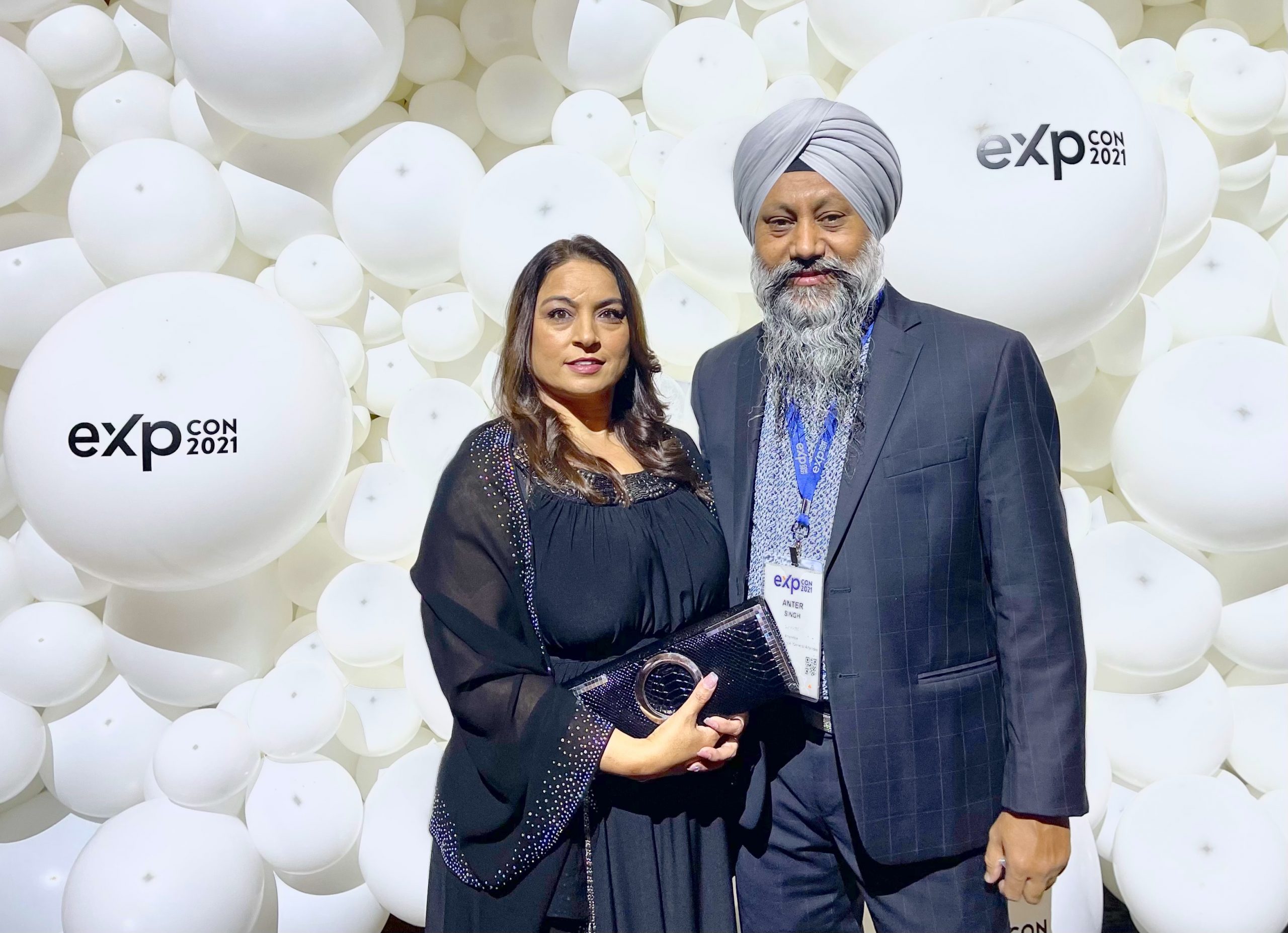