This simple, home made casserole is made with fresh and economical ingredients. Any vegetable can be used so if you have left over parsnips or turnips, throw those in too. 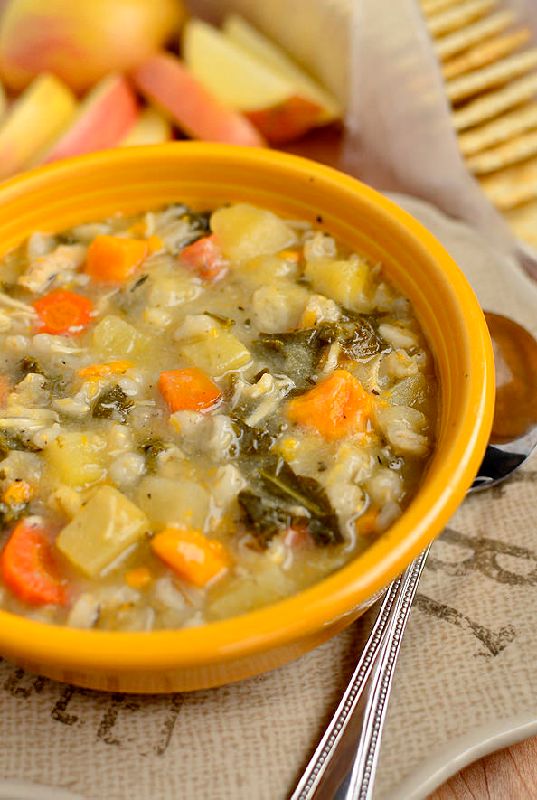 Step 2
Put the onions, carrots, celery and sweet potato in a large flameproof casserole. Pour in the stock and bring to the boil.

Step 3
Add the garlic, leeks, pearl barley, sage and seasoning. Stir to mix the vegetables together.

Step 4
Cover and transfer to the oven to cook for about 1 hour or until the vegetables are just soft, and the barley is tender.

Step 5
Sprinkle with the parsley and serve.

We Fit You For Life

Peninsula Runners is the brainchild of two Canadian Olympians who transformed the South Surrey – White Rock scene in 1996 when they brought their passion for running to the community: National record holders and multiple Vancouver Sun Run winners Paul Williams and Lynn Kanuka (Olympic Bronze Medalist, 1984).
Pen Run hosts fun runs, trail runs, road races and more, including the ‘Fort Langley Half’ marathon, the Run for Water and the Campbell Valley Wine Run, the name of which speaks for itself. From the nature of the events Pen Run puts on, one can see that giving back and supporting the community is at the heart of what they do.
Pen Run (Peninsula Runners Ltd.) has two stores. One in South Surrey and one in Langley. The one in Langley has a new location right on 88th near the Circle K. Pen Run has everything you need for running, jogging and exercise walking.
Pen Run is more than a couple of stores. It is an opportunity to join
a vibrant, healthy community and change your life for the better.