In July 2012 we landed in Beijing. Over my 12 months stay, the city built 5 new Subway lines. In fact, since 2008, the city has opened one new Subway station per year for the past 12 years, and it now has the 3rd largest Subway network in the world having even surpassed New York City. As we plan to grow our transit network in the lower mainland, what can we learn from Beijing?

Today Metro Vancouver’s GDP is estimated to be a $135 billion CAD. With a population of 2.8 million living in the total area of 2,800 km² we have a density of approximately 854 people per square kilometer.

On the surface, this makes it look like Beijing is nearly twice as dense at 1,300 people per square kilometer, but what if we zoom out?

Beijing is 16,410 km². That is nearly 6 times the size of Metro Vancouver. The closest territorial boundary that we can use to compare these 2 places, would be to combine Metro Vancouver’s measly 2,800 km² with the entire Fraser Valley. That would bring the total size of our region to 16,135 km². 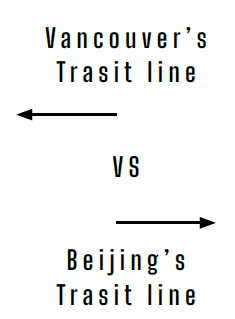 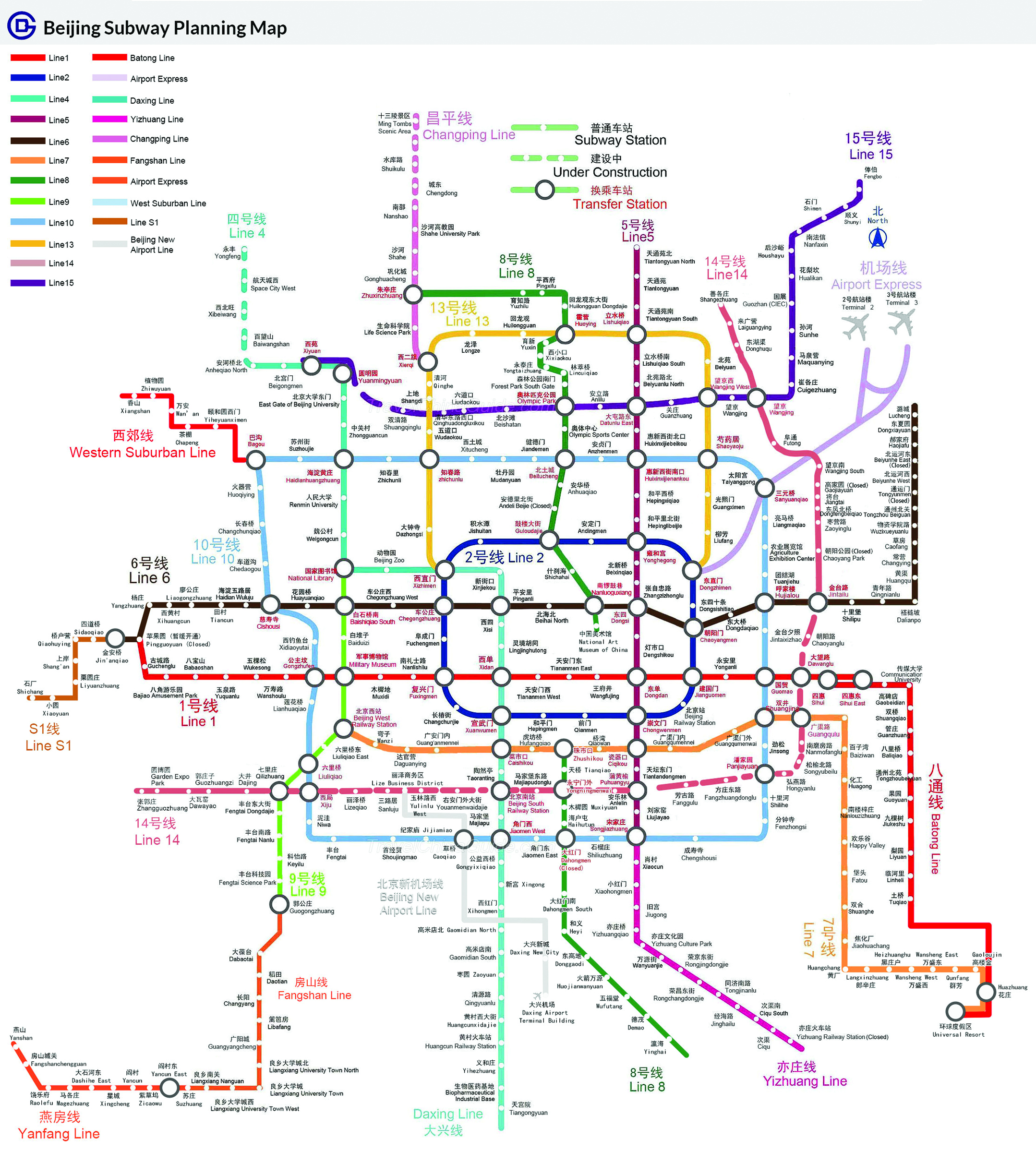 Why is nobody there?

As mentioned, Beijing grew its Transit network very quickly but it is important to note not just how quickly it was built, but what was built and where. Beijing’s network started out as a commuter line to take people into the City Centre, but now it crisscrosses North South East West and has migrated beyond the City Centre or even the inner suburbs.

Metro Vancouver by contrast doesn’t have a Transit Network. We have a series of commuter lines that feed into a “central point” in the North West quadrant of the region. This puts unnecessary strain on Vancouver to absorb new residents, push current residents to bid up real estate in order to stay closer to family, and limit migration throughout the region. The Lower Mainland does not have a land crisis. In fact land is the one thing we have in abundance. We have a population shortage, and a connectivity crisis.

We need more people in the region to move here and build more homes. We need those homes to establish a larger town centre that can support the construction of more infrastructure  to connect the region, and these new infrastructure projects need to feed into the physical centers of the region to allow for cross community transfer.

Our goal should be to create a network that connects every neighborhood to every other neighborhood. When this happens people will not be forced to move further afield. They will do so freely without a second thought. The beauty of this perspective is we already have the demand from the outside wanting to come in.

Now all we have to do is build ◆

Humour Hacks to Help Boost Mental Health. After decades of trying to keep the “Black Dogs of Depression” at bay, I realized it wasn’t the dogs that were the problem. It was me.
Depression wasn’t some outside force hounding and terrorizing me. It was part of me. And when I accepted that, it gave me more control and understanding. My choices, my reactions, and my emotions were mine.

My opportunity came when a chance meeting with a young doctor gave me the foothold I needed to create an upward spiral that undoubtedly saved my life.

And the dogs? I think of them more like the “Black Cats of Depression.” I’ve learned how to co-exist with them. They come and go as they please, I don’t provoke them, and if they curl up on my lap, they tell me I need to take a break. Then they usually want to play.
That’s where the laughter comes in.

END_OF_DOCUMENT_TOKEN_TO_BE_REPLACED

Five Common Mistakes New Vegetarians Make. Anyone opting for a vegetarian lifestyle in current times usually has a pretty easy ride ahead. Meat-free alternatives fill the shelves and there’s an increased global focus on finding ways to eat less meat to improve health – both the environment and ourselves. Only a few years ago there were restaurants where you’d struggle to concoct a meal suitable for a vegetarian, but now, almost everywhere has plenty of choices. Despite this, changing up your diet in such a dramatic way can take some time to get used to and almost all new veggies find they make at least one of these mistakes while getting started.